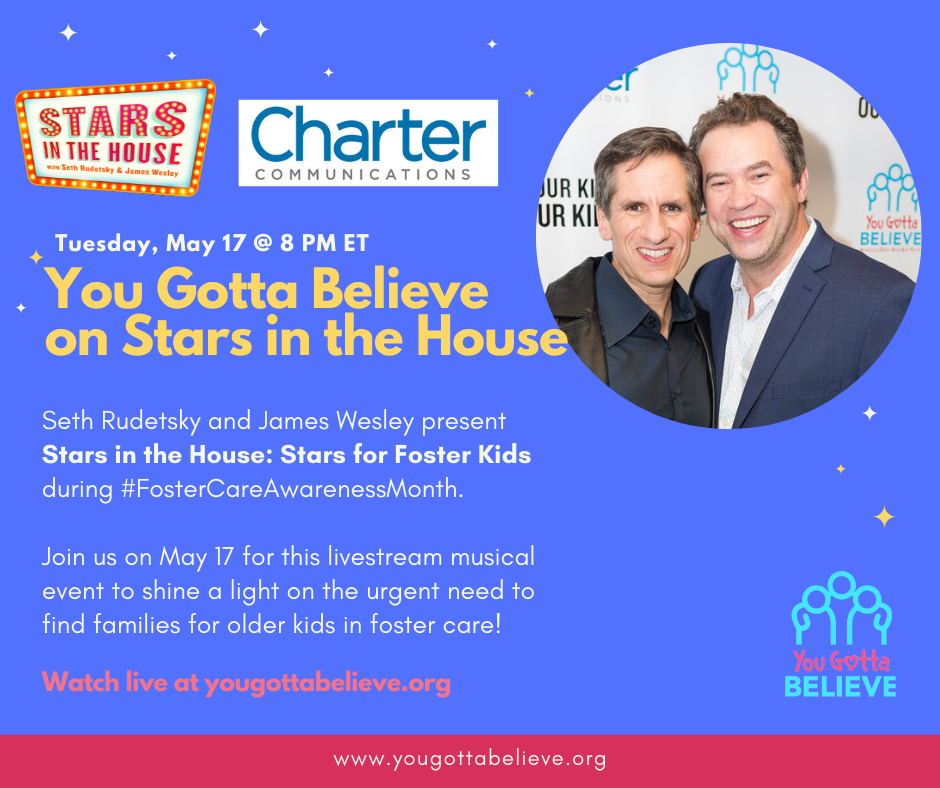 To continue to raise awareness during #FosterCareAwarenessMonth, our fabulous friends Seth Rudetsky and James Wesley are dedicating an episode of their spectacular online show, Stars in the House, to YGB on Tuesday, May 17 at 8 pm ET!

More than ever, there is an urgent need for families, and we need your support to connect every child in care to loving parents.

So please join us for this online event on Tuesday, May 17 at 8 pm ET! And help us spread the word by sharing on Instagram, Facebook, Twitter, or Linkedin because YOU might be the one who finds a family for one of our kids!

Stay tuned as we announce our lineup of stellar performers that includes:

☆ REGINA CALCATERRA ☆
#1 Best Selling Author of Etched in Sand is joined by her daughter, whom she met through You Gotta Believe

If you’ve never seen our Voices event, this is your chance to see the magic that only Seth & James can create, and who doesn’t need some magic?!

Support us with a donation.